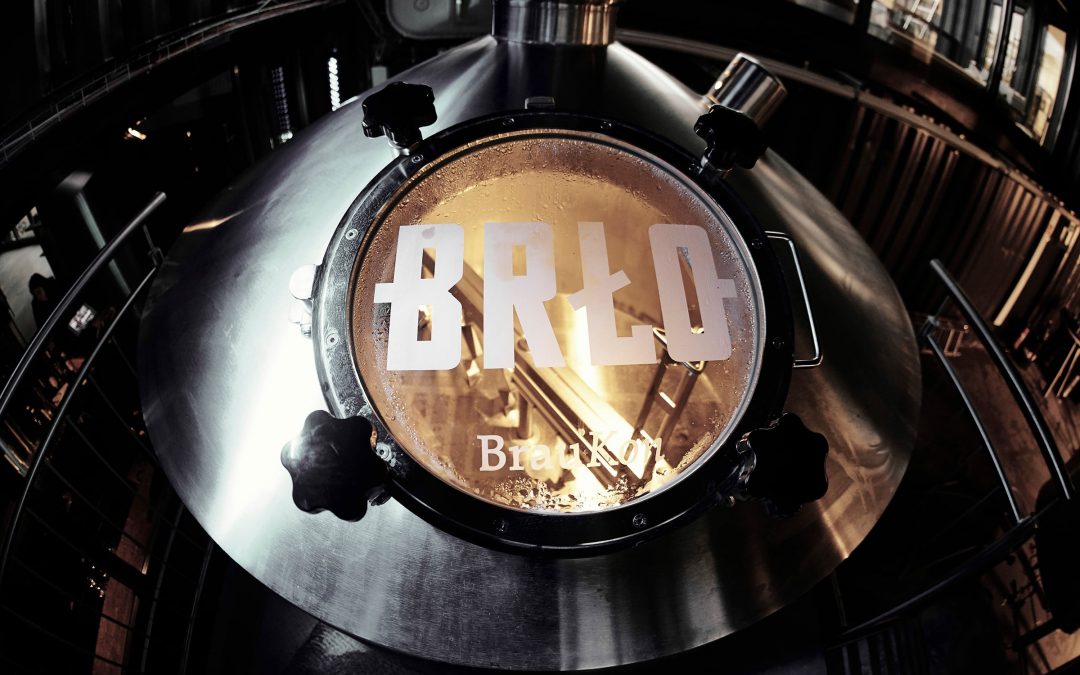 In 2014 three University friends married their love for craft beer into their own craft beer brand, BRLO. The Berlin based company started out brewing at contract brewing in several breweries around the area. After getting major regional attention for their mixed portfolio of traditional German crafts and new world styles, such as IPA, they had to scale up production. In 2016, BRLO opened their own brewery and restaurant in the Gleisdreieck-area of Berlin. The new location, built out of 38 used shipping containers, generated tremendous exposure for BRLO and won many awards for the restaurant concept. This resulted in scaling up again by buying The Craft Centrum in 2018, a second production site. Their multi-site operation suddenly faced new system challenges. In an effort to improve visibility over their operations and support rapid growth, BRLO decided to professionalize their business with new brewery specific software. After an exhaustive search, BRLO selected the cloud-native NetSuite-based solution, Crafted ERP, as their future-ready brewery software solution.

Selecting An ERP-Application for The Brewery Industry

BRLO previously ran their finance and operations with a very limited accounting application that provided no insight and control over stock. Now managing a multi-site operation with a production capacity of 20 Hectoliters, this had to change. In their search for a solid integrated ERP-system that could tackle these issues and provide control over planning and the production process, BRLO contacted Oracle NetSuite, who suggested Crafted ERP. According to IT-manager Aron Ferguson, the decision for Crafted ERP was made after an evaluation of many solutions. Crafted stood out from the rest: ‘The brewery specific functionalities are just amazing. It provides so many best-practices for brewery production processes, quality- and materials-control. There was no other built-for-the-beer-industry solution available that offered so much out-of-the-box.’
Multi-Site, Inter-Company, No Problem

‘Our first project goal was setting-up all BRLO locations and affiliates in one system.’ Says Aron. ‘Two breweries, an external warehouse and a 3PL-party, including all reciprocal logistical and financial transactions. We manage Craft Centrum as its own company within the system, so we deal with a high volume of intercompany sales for example. And each location is in need of the exact same stock and materials insights. Absolutely no problem with NetSuite. We were amazed how easily we could harmonize three locations on the same system.’ Not only efficiency in inter-company operations really increased, also cross departmental cooperation really took off. Aron: ‘From sales and marketing up to production and warehouse, everyone has the same data for available stock and order-status in real-time.’

Taking Customer Centricity to The Next Level

Thanks to the fact that Crafted ERP + NetSuite CRM use only one source of data, BRLO was able to offer excess production-capacity to contract brewers. Aron: ‘Our commercial pipeline is now aligned with production planning, so we can optimize fulfillment and customer service’. Looking to improve the contract customer experience, BRLO also personalized their customer facing documents, such as delivery notes and return authorizations. Aron: ‘I have had a terrible experience with document customization in SAP and Dynamics in the past. But with NetSuite it is so easy to tailor documents, just by using the out-of-the-box capabilities.’

Tailored to The Needs of Breweries

BRLO opted for Crafted ERP mainly because of the extensive set of standard brewery specific functionalities, such as the recipe manager, yeast management, multi-location inventory, costing in production orders and the barrel aging module they now use for their Porter. Mario Eschenberg, head brewer at BRLO adds: ‘From a quality assurance and control perspective Crafted ERP really sets the bar with their brewing protocols and tasting panel checks. But the best part is the easy to set-up role-based Crafted ERP NetSuite dashboards. Take brewers for example. We only want to see the information that is necessary for our jobs. Crafted gave us brewer-specific dashboards that we further tailored specific to our needs. We use them on a daily basis, and they make our jobs so much easier.’

Complying with excise and customs regulations

Being an alcoholic beverages producer that exports means that BRLO must comply to a strict set of excise and customs regulations. Businesses charging and receiving excise taxes are required to file an Excise Tax Return form on a periodic basis, including payments. Aron: ‘Exporting the data for the Excise Return Form is an important recurring task. We wanted to automate this process, so we don’t lose valuable time on it. We use Saved Searches in NetSuite for this.’ A Saved Search is a request for information. By specifying criteria and results information in NetSuite you will be able to search through hundreds, thousands or millions of records in NetSuite to pinpoint exactly what you need. Aron: ‘This feature really differentiates NetSuite from other ERP-systems. Crafted was already collecting a lot of the pertinent information, and now we have a great DATEV-integration for our monthly sales tax closing and Atlas-interface for export to FTA-countries.’

In addition to the Excise reporting, customs reporting is easily tackled with Crafted ERP. BRLO must report all movements of products containing excise. Crafted ERP automatically generates XML-files for all shipments leaving the warehouse. Aron: ‘No manual labor is involved in this process. We were able to increase timeliness and reduce errors in our reports.’

Germany has one additional regulatory addition over many other countries. All alcohol producing companies must register all product-movements in a paper-based Warehouse Journal. These journals are audited during unannounced inspections. Because Crafted is specific to beer, those movements were already being captured in the system and creating a journal report was easy. Due to the fact that they can export and deliver the requested information on-the-spot, BRLO is now one of the few breweries in Germany allowed to submit a digital journal during these inspections.

As BRLO continues to grow, their ERP-demands emerge along the way. And that is where Crafted ERP + NetSuite proves to be a real enabler according to Aron: ‘There are so many unexplored features in Crafted ERP that we want to leverage in the future. Utilizing CRM for actual beer sales for example. Or expanding our use of quality management, such as Lab Tests and Filling Protocols. Dashboard optimization for reporting including analytics. Costing optimization will also be a valuable addition. As well as work floor optimizations, such as WMS, extension of our production scheduler and production planning with MRP-runs. Crafted ERP + NetSuite provides us everything that we will need.’

Do you want to learn more about NetSuite + Crafted ERP? Please register for our webinar on June 10.